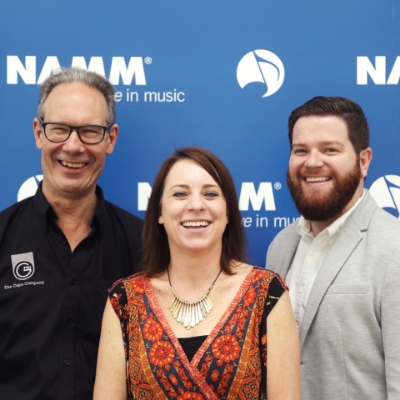 After meeting together at Summer NAMM 2018 in Music City- Nashville, Kyser Musical Products, Inc. and G7th, The Capo Company - direct competitors in the capo market - have made the unprecedented decision to team up in support of the non-profit, Hope for Justice.

Hope for Justice, established in 2008 in Manchester, UK, is a non-profit that is working around the world to bring an end to modern slavery by preventing exploitation, rescuing victims, restoring lives, and reforming society.

“People trafficking and modern slavery have become second only to drugs for criminal profits. It is seen as low risk and high reward.
The devastation it brings to vulnerable people is appalling and what people often don’t realise is that it is happening in their own neighbourhood. Recent reports estimate that there are around 40 million slaves in the world today. To put that in context: it’s about the same as the population of California!” Nick Campling, G7th Chairman

Initially, both companies are putting leaflets in with their products which raise awareness of the issue. As G7th and Kyser both sell capos all over the world, it’s a simple and effective way to bring Hope for Justice and their mission to the attention of guitar players everywhere.

"Our hope is that other MI companies will join us in this easy and cost-effective project to help in the fight to free people, just like us, caught up in modern slavery.” Meredith Hamlin, CEO Kyser Musical Products, Inc.

David Lord of Hope for Justice USA, based in Nashville said: “This is a great initiative by competitors, putting aside their differences, to help in the global battle against human trafficking. We’ve already seen enquiries and donations as a result of these leaflets. Please check out the Hope for Justice website and get in touch because we’d love to work with more MI companies like this.”