Why does the world need another capo? 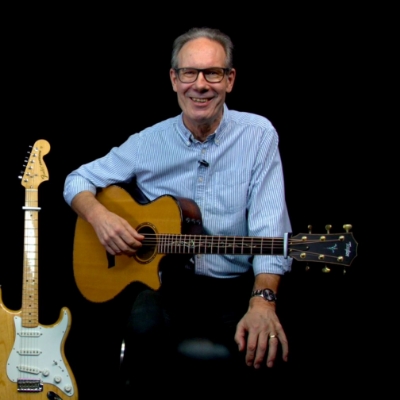 I started playing the guitar myself when I was 15 inspired by Bert Jansch, James Taylor, Tom Paxton, CSNY, Paul Simon… I saved up and bought a John Bailey handmade guitar like Bert’s at 16. I still have it, among others!

Back in those days, we had to slow down vinyl recordings to work out what our heroes were playing. So, I learned Bert’s arrangement of Davy Graham’s “Anji” and the whole of Arlo Guthrie’s "Alice’s Restaurant", which became my party piece, and a bunch of other songs and tunes. In the process, I tried EVERY capo I could to try to find one which would fret all the strings with no buzzing and still keep my Bailey in tune, without a lot of luck.

Fast forward 25 years or so - I had studied Engineering and Industrial Design and had a career in designing shoe manufacturing machinery, chocolate processing machinery (that was a tough one, but someone has to!), power tools and various other mechanical devices. I decided to take a crack at designing the world’s best capo. Now, around 20 years later, I have more patents on capos than anyone else on the planet... but I still had work to do. Let me tell you a bit more about it...

Steel strung guitars, whether electric or acoustic, mostly have a curve over the width of the fingerboard. This curve, measured as the radius of a circle, can vary from 7¼" on a vintage style electric guitar (very curvy) to 20" on some acoustic guitars (nearly flat). That might sound like a lot, but when you consider a fingerboard is only around 2" wide, it actually isn't very much. So, does it matter?

An initial point to consider is that the radius or curve over the top of the strings is what matters to the capo. That curve will be different from the fingerboard radius, and it will vary as you move up and down the neck AND with a change of string gauge. So, even on a neck with a constant fingerboard radius, there are small differences between the fret positions.

Traditionally, capo makers (including ourselves) have used a rubber string pad soft enough to allow the strings which are fretted first to sink into it until the remaining strings are fretted successfully. With a bit of care in capo placement and a little retuning, this has been the compromise guitarists have accepted. There are, however, two areas of compromise:

• Firstly, the retuning required if the capo and curve over the strings are not well matched. Placing the capo near the fret helps as it encourages the strings fretted first to sink into the rubber rather than bend out of tune, but that may interfere with your fretting hand depending on your style of playing.
Some manufacturers claim that the variation between different fingerboards is tiny and has an imperceptible effect. For example, the difference across a 2" width between a 13" radius and a 20" radius is only 0.017" (0.4mm). However, if you think about the minute changes in finger pressure needed to produce vibrato, which is a noticeable raising and lowering of the pitch, it shows that it doesn't take much to make a big difference!

• The second is that engineers the world over use rubber compounds to absorb and damp vibrations. I have personally used rubber to damp out vibrations in food manufacturing machinery, weighing scales and power tools in my career as an engineer!
Capo string pads are NOT intended to damp vibrations as that would alter the sound of the guitar. However, some damping is inherent in the use of rubber, and therefore inevitable.
Some capo manufacturers claim to reproduce the sound of a finger being used on a fretted string. This isn’t unreasonable, but it depends if you are trying to reproduce the sound of a bar chord or make it sound like you have effectively moved the nut up the neck.

So what can be done about it?

Adaptive Radius Technology (ART) is my patented solution to these issues, and I think I've finally cracked it! ART is the little mechanism I designed to fit behind the string-pad which adapts to the curve over the strings and then pulls them down evenly. First introduced in the premium yoke-style Heritage Capo, ART has received excellent reviews due to its ability to adjust to the radius over the strings before applying significant fretting pressure.
Tony Polecastro (Internet guitar geek/ teacher and player) says: “The ART system is a huge advance in capo design; it allows for buzz-free capoing and stable tuning on every guitar in my collection.”

Use of the ART system also allows us to use thinner, harder silicone rubber for the string pad which reduces vibration damping and gives a tone from your guitar which just sounds like you moved the nut.
Randall Ray, Rockbridge Guitars luthier and co-founder, said "The longer I have the Heritage and the more I play with it, the more I love it. Workmanship, design, and A.R.T. aside, it SOUNDS GREAT! No matter where I place it, it replicates the dry woody bark that my Rockbridge Smeck has uncapoed."

Now, we have introduced the ART string pad mechanism into our new Performance 3 capo which brings this major development in capo technology within reach of any discerning guitarist.

You can see more on the animated video we made here:

I have had some great comments back. Here are a few:

“Got the capos in the mail a couple of days ago and LOVE THEM! Genius design! Played the first show with them last night and legitimately had even tuning across the fret. Thank you so much!”
Josh Mix, Casting Crowns, USA

“I've now tested the G7th ART and I can't figure out how you did it. It works great on a variety of necks, inclusive my very old-timey Silvertone archtop. Now that's a true round neck and I can still have the capo up to the 5th fret, and the ART works even there.”
Homesick Mac, Artist, Sweden

“ART goes beyond expectations. Man, does it snug down to all my different guitars - electric and acoustic. Amazing! I have noticed much better intonation and consistent stay-in-tune strings using the new ART. I have been using G7th capos for over a decade now and haven’t considered anything else since. I didn’t think you could make your capos better. Eureka! You have done it again.”
Christian Jones, Artist, Utah

“I am thrilled by how good it is... I have always struggled to find something that worked without retuning the bass string all the time or constantly adjusting the capo.” Gav Davenport, Artist, UK

“Massive hit with the boys, a few disbelieving looks when they….well, when they just worked!! No buzz, no tuning tweaks, curved fretboard to classical fretboard all in its stride. You have a most excellent product there sir!” McKinty, Guitar Tech for Kylie Minogue 'Golden' tour, UK